Waikato Times letter of the week #61

From the edition of Thursday 28 January. This seems a very Waikato letter, and has perhaps the best-ever heading of any letter to the Waikato Times. As always, spelling, punctuation, grammar and logic are exactly as printed.

Hamilton is no Madrid

You could live in Madrid – or Athens, if you felt like slumming it – for less.

Perhaps I’m the one at fault, but I can’t see how Hamilton stacks up quite so magnificently next to either of them.

But, apparently, it does.

At a rental cost equivalent to 40kg of milk solids a week, the property farmers must be doing something right. 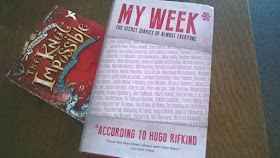 My theory of magazines is that they live and die, rise and fall, on the quality of their columnists. The NZ Listener has Jane Clifton, Diana Wichtel and Bill Ralston; Quote Unquote had Bill Manhire,
Kevin Ireland, Stephanie Johnson and Nigel Cox. Currently, the Spectator has the best columnists of any weekly: Jeremy Clarke, Rod Liddle, Tanya Gold, Martin van der Weyer, Deborah Ross, Rory Sutherland and a bunch of others. I would read it for any one of them. Writers like this are why one keeps reading a magazine. The columnists are the spine, the structure; the cover story is the cladding.

I came across this book, pictured above, My Week: the secret diaries of almost everyone (The Robson Press, 2013) by Spectator columnist Hugo Rifkind. It is very funny. He started writing these pieces for The Times in 2006. Totally random – honest – sample:

Barack Obama 10 November 2012:
MONDAY
Today is a portentous day. For today is the day that may be the day before the day that America decides, on a fine autumn day, that there may be another day when the man who stands before you today as…
“Honey?” says Michelle.” You’re kinda raving again .”

Wouldn’t it be good if a New Zealand satirist could develop this idea from 2006?

More on the singular they, as discussed here previously, also here and here. I first heard it on The Archers, on the wireless some time in the 1960s, when a character was trying to avoid specifying the sex of the person she was talking about, and I thought: “That’s useful.” What else matters other than usefulness? The American Dialect Society chose it for 2015’s Word of the Year, for a different reason. Well, a different usefulness reason. Quote unquote:

While editors have increasingly moved to accepting singular they when used in a generic fashion, voters in the Word of the Year proceedings singled out its newer usage as an identifier for someone who may identify as “non-binary” in gender terms.
“In the past year, new expressions of gender identity have generated a deal of discussion, and singular they has become a particularly significant element of that conversation,” Zimmer said. “While many novel gender-neutral pronouns have been proposed, they has the advantage of already being part of the language.”

If you have been following the strange case of the Hollywood actor Sean Penn interviewing the Mexican psychopath El Chapo, aka Shorty, aka Joaquin Guzman Loera, here’s how Hugo Rifkind described one of them in 2012:

He’s a spoon-faced humourless self-loathing pseudo-socialist twit, sure, but he’s not a moron.

This by Gerard McBurney is the best piece on the late Pierre Boulez I’ve seen – love his music, saw him conduct the Ensemble Contermporain in Wellington in 1988 (Birtwistle, Boulez and Donatoni, from memory) but had no idea he was so funny. Quote unquote:

I was escorting him to a restaurant. The rest of the company had moved swiftly, but he was walking slowly, tired after rehearsal. Someone had told me on no account to mention Messiaen. So I did, and he immediately laughed, stopped and looked at me like a schoolboy preparing a whoopee cushion for a grownup.
“Ah, Messiaen, he is for me a big problem … [dramatic pause] The religion … [another pause, shrugged shoulders, and louder] The birds … [louder still, hands raised and in tones of pantomimic horror] Aand … my God … the ORGAN!” There was no doubt which of these three shockers was the worst.
I said I’d been inspired by his performances of Messiaen in London. He looked at me sideways. “Yes, there are some pieces of his I will do. But Turangalîla ... Never! For me this piece is … you know … a kind of Bernini of the suburbs!”

Matthew Sweet in Intelligent Life on the Abba Museum in Stockholm and their one song in the past-modal perfect tense. Quote unquote:

The sceptical eye might dismiss it as the unlovely detritus of Europop – a subterranean fire-trap of hen-night kitsch. But this would be to underestimate the semiotic thickness of ABBA’s art – and trust me, you really wouldn’t want to do that. The artefacts on display evoke, sometimes painfully, the band’s personal and artistic trajectory: the vanishing grins, the collapsing marriages, the tour-bus melancholia, their progress towards that bleak and clear-eyed final album, “The Visitors” – their Winterreise. It’s true that ABBA lyrics sometimes exhibit errors familiar to EFL teachers around the world (“since many years I haven’t seen a rifle in your hand,” says the narrator of “Fernando”) but who else could have produced a song like their last recorded work, “The Day Before You Came” – an account of joy measured in the minutiae of depression, and possibly the only pop song ever written in the past-modal perfect tense? (“I’m sure I had my dinner watching something on TV,” reflects Agnetha. “There’s not, I think, a single episode of ‘Dallas’ that I didn’t see.”)

So here are Abba with perhaps their saddest song, sung by Agnetha, their farewell:

NZ Listener letter of the month #1

There have been no Waikato Times letters of the month for a while, because the paper hasn’t  published any over the holidays: normal service will resume shortly. So while we’re all waiting, here is one from the 23 January issue of the Listener:

Celebrating End to Tariffs
The Listener wonders why New Zealanders are not dancing in the streets at the World Trade Organisation’s announced removal of food-export barriers (Editorial, January 16). There are many reasons. […]

Economist Milton Keynes pointed out that exporting means giving up assets of real value in exchange for unreliable money, so should be limited by sensible domestic economies. […]

So here is a concert from Milton Keynes: two hours of Metallica in 1993, kicking off with “Creeping Death”. 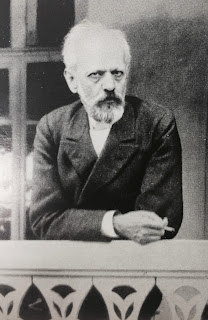 I wish I still had my poster of Hello Sailor in, I think, 1975 or 1976, playing a benefit for Gay Lib in Auckland University’s cafeteria. It was a great gig: the poster featured a louche young gentleman in a lounge chair wearing a dressing gown and wielding a cigarette holder, beneath the legend “Relax With a Fag”. This behaviour was illegal in New Zealand then and for another 10 years until, thanks to Labour MP Fran Wildse advocacy, 1986’s Homosexual Reform Act. It is because of things like this that those of us who despair of today’s party wish Labour well but…

From the Economist’s Bagehot column of 2 January on England’s Labour Party:

Mr Corbyn’s leadership should force his moderate MPs to take on a reality that even Mr Blair ducked: Labour has always been two parties, one social democratic and the other anti-capitalist. Over the years it has muddled through, as concessions, feints and tactical battles have postponed a decisive confrontation. No longer: as Mr Corbyn bears down on the moderates, they will have to decide whether to push back, concede the party to him or quit—en masse, not in a dribble, as did their predecessors in 1981 when Labour last swung left—and form a new party.

Yes. One wishes Labour well, but…

Above we see, via Composers Doing Normal Shit, the composer Peter Tchaikovsky relaxing with a fag. I wonder if, by any chance, he could be related to Jeremy Corbyn, below: 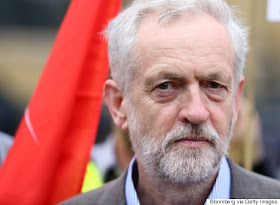 So here are Hello Sailor at the Whiskey A Go Go in c1979 with “Blue Lady”. I had no idea this was on YouTube until reading pp 175-6 of Dave McArtney’s memoir Gutter Black. The band sound pretty much as they did at the Globe Tavern in Auckland the year before, i.e. awesome: